This also includes the work done on KTouch in December. With the expected Christmas-related development hiatus I didn't feel overly compelled to write a dedicated update.

And it is also the very last update before the upcoming KDE SC 4.10 release. The final tag freeze was already yesterday, so this report pretty much reflects the state KTouch will be released in.

Since November another dozen of different mostly smallish issues have been fixed, among them the very last crash bug I am aware of. It took me forever to get to the bottom of the issue, even if the solution was always right in front of me. In the end it turned out KTouch's resource editor was another victim of kdelibs Bug 303228, a bug report I have stumbled over very early on during my investigations. Too bad if one can't match two backtraces.

Another significant fix is that KTouch is now able to render properly under a Plasma theme with light text on dark backgrounds (Bug 312082). No more impossible-to-read labels because of lack of contrast. 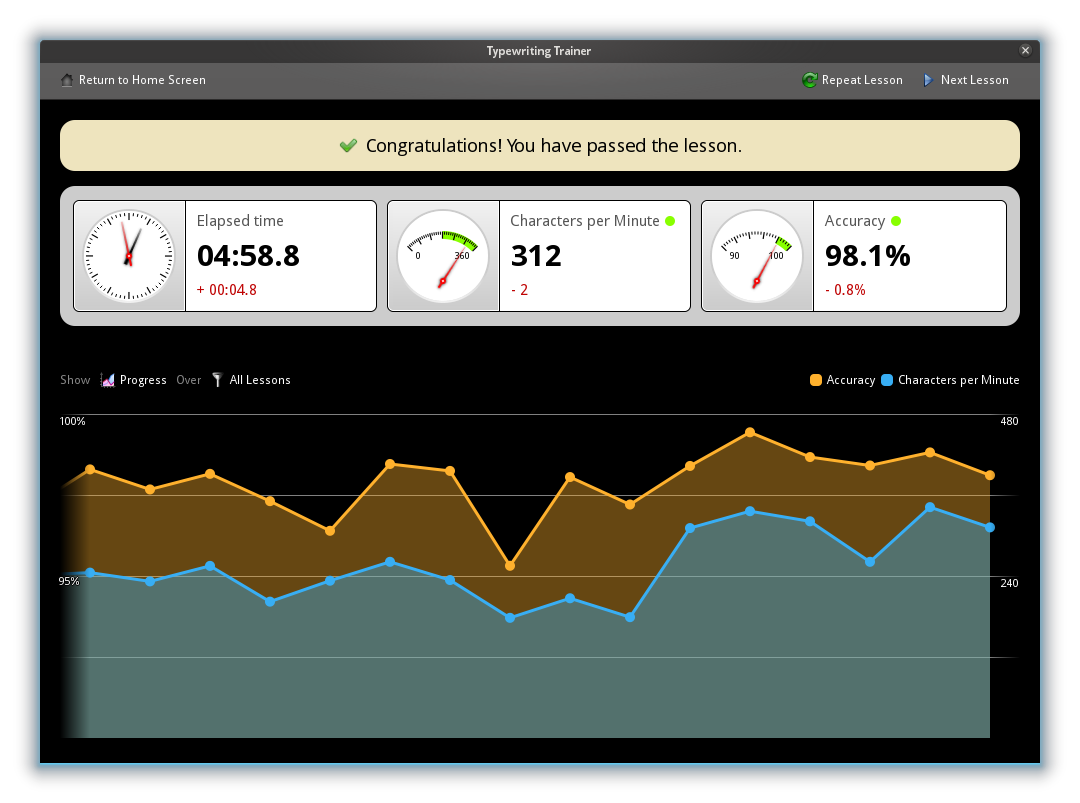 Thanks to Ludo Beckers KTouch has gained support for the Belgian keyboard layout. As of now we don't have matching course for this layout yet, so unfortunately it is difficult for the user to directly profit from it.

I think the overall data situation may improve, though, once the first release of KTouch 2.0 is out. I hope the new training experience combined with the completely overhauled authoring tools are enough of an impetus for new contributors to get some movement in that area.

It has been a quite month for KTouch, with the Feature Freeze…